Getting Around in Kuala Lumpur: Beginner's guide on transportation

Let’s face it, arriving into a new country can be very confusing but yet, fun. KL (Kuala Lumpur) is the capital of the country and it covers a big portion of all the national landscapes and tourist attractions.

This guide will explain the3 main ways to get around; during your stay in Kuala Lumpur
Before getting to the food or even any other destination, there is a need to understand that Malaysia has many forms of transportation.

LRT is the light railway system that covers a huge portion of Kuala Lumpur, it may not cover the exact location that some people may need but it is a cheap and sometimes efficient way (due to traffic) to get across the city. 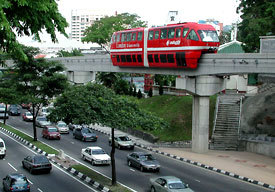 Kelana Jaya Line – It’s also known as the Putra LRT. Extends to the North of the City Centre, Passes right through some Landmarks like KLCC. 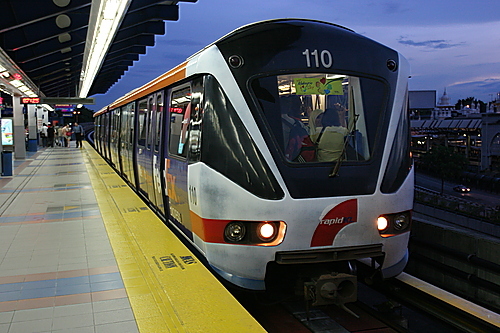 Ampang Line – This is also known as the Star LRT. Extends to the South of the City Centre right up to the Bukit Jalil Stadium. 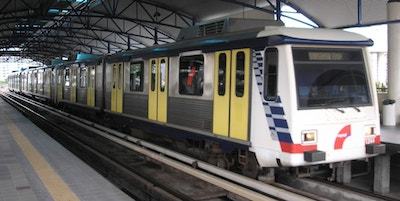 LRT is filled with people who travel in and out of the city centre, and it can be quite stuffy during the wee hours. On weekends, the LRT trains do not get as stuffy but they have a higher usage rates throughout the day. Thus it’s advisable to be either prepared to get stuffed in between people or just be patient and take the LRT on the weekends with ease.

The maximum fare that you can find is RM5.10 (approx. 1.5 Dollars), which covers the change between lines during the journey.

2. BRT Sunway Line
Sunway is an area located in an area called Subang, which is a part of another state: Selangor, but since it is only 30 mins approx. drive away from KL city centre, it is an important area to be covered.

The BRT Sunway Line covers some parts of Subang and provides an efficient way to get around, since there is heavy traffic surrounding Sunway Pyramid (Shopping Mall). This is an electronic bus system that is human-operated.

Taxies are a world-wide known pathway of travelling. Malaysian vary in colour in the sense of identification. Blue taxies are the most expensive, their meters start with and there is an addition on every 200 meters. Other coloured taxies have their meters starting with RM3 (0.75 dollars US) and the addition per 200 meters is .25 cents. MPVs that are not blue coloured have a difference in price too, thus the meter starts from RM4 and there is an addition of .30 cents every 200 meters.

There is also a new edition of taxies, GrabCars and Uber drivers, these are taxies that can be “ordered” through their mobile applications. The prices of these taxies vary on distance but are considered more prestigious than normal taxies.

Overall Kuala Lumpur’s city centre is easily accessible and has many ways out. Have fun travelling!

Hi @pavelluzanov, I was wondering for Bandar Sunway area which mode of transportation would you recommend if students wish to go to KL? How about around Bandar Sunway, is there a shuttle bus? If so, where can we find the schedule? Thanks.

Hello @Lyn !
There are many ways to get from Bandar Sunway to KL. But to get to KL from Bandar Sunway, there would be a need to combine some ways of transport. The Sunway area is covered by a Free Shuttle Bus service that runs every 25 minutes depending on the traffic between 7 am. and 9:30 pm.

More information about the Free Shuttle Bus can be found under the webpage link: http://sunway.edu.my/college/contact/bus-routes

Ways of getting to KL from Bandar Sunway:

*Advice: For economical reasons; going to Sunway Pyramid by the Free Sunway Shuttle Service would be recommended.

If you happen to be studying in HELP University/ UM, then this should be exciting to note:

KTM - a train service. View from inside. 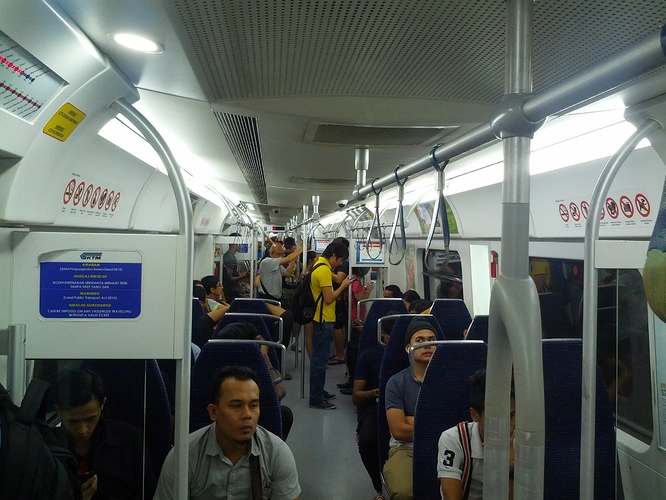 It’s clean, air-conditioned, and most coaches are new. 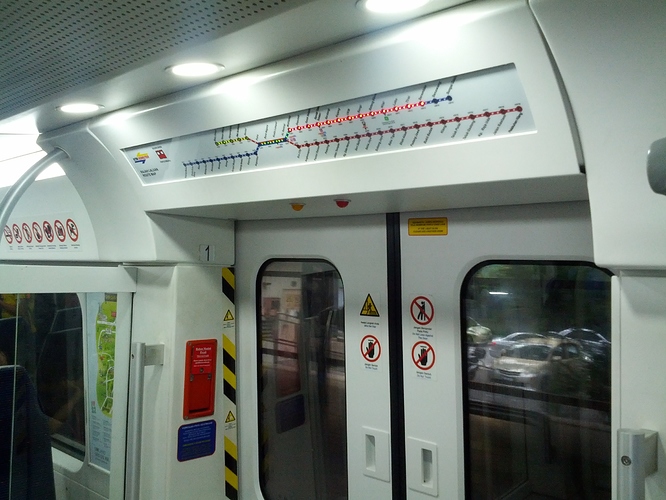 It goes in 2 routes and intersects at the KL Central station. 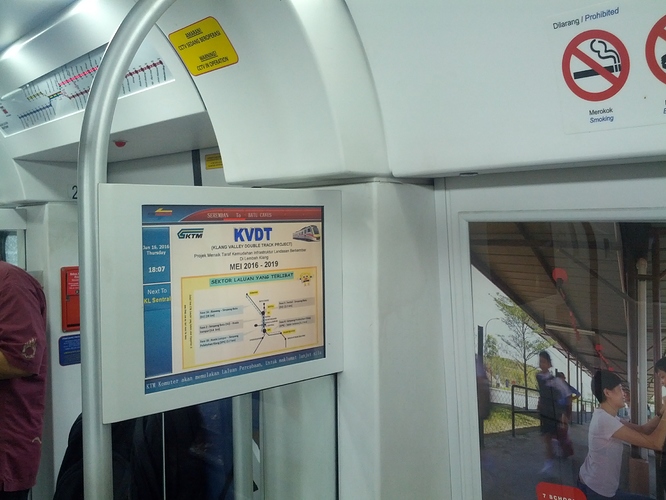 Display screens near exit doors don’t show much. The most useful is the name of the next station.